Cebu City, is located in south-central Philippines. Located on Cebu Island’s eastern coast, it is protected by offshore Mactan Island and by the inland Cordillera Central. It is one of the country’s largest cities and is a bustling port. Its harbour is provided by the sheltered strait between Mactan Island and the coast.

The country’s oldest settlement, it is also one of its most historic and retains much of the flavour of its long Spanish heritage. A thriving port occupied the site when Ferdinand Magellan, the Portuguese navigator and explorer, landed there on April 7, 1521. He sealed a blood compact with Humabon, the chief of Cebu, but was killed later by Chief Lapulapu of nearby Mactan Island. On April 27, 1565, Miguel López de Legazpi and the friar Andrés de Urdaneta arrived on Cebu and founded the first Spanish settlement and Catholic mission in the Philippine archipelago. For six years, until Legazpi’s removal to Manila, Cebu was the Spanish colonial capital. It remained the primary Spanish bastion in the southern part of the Philippines.

Note: Pickup time may be flexible.

See where the original Magellan’s Cross is kept. It is one among the three gifts received by Rajah Humabon’s wife from Magellan during her conversion to Christianity. 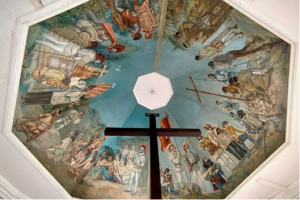 The Basilica del Sto. Nino is where the original image of Sto Nino, (one of the three gifts by Magellan) is displayed. 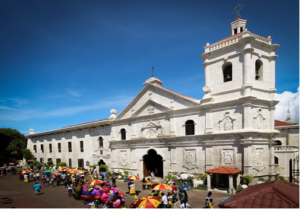 Heritage Monument: The Heritage of Cebu Monument, a tableau showcasing the important events in Cebu City’s history, is one of the highlights of the town. The scenes depicted on the monument is related to the time of Spain’s colonial rule over the country up to the recent beatification of Pedro Calungsod, the Cebuano martyr. Where the Heritage of Cebu Monument stands is also a historic place in the city. Parian District was home to elite and respected Cebuano families during the Spanish period. The word “parian” originated from the word “pari-pari” which means to barter or trade. The place is also said to be the center of trade between the locals, Chinese, and Spanish mestizos before. Other than that, it was also used for extravagant events for the wealthy Chinese merchants. 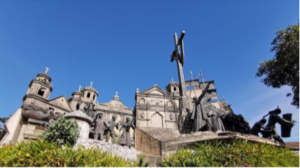 The exact place where the monument is located is also the original spot where the St. John the Baptist church was built before it was demolished in 1875 under the command of the diocese of Cebu. 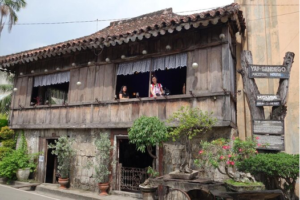 San Diego – Yap Ancestral Home : The Yap-Sandiego Ancestral House is one of the oldest houses in the Philippines that was built in the late 17th century during the country’s Spanish colonial era. Constructed out of coral stones and wood with Spanish and Chinese architectural influences, this 2-storey house was originally owned by a Chinese merchant named Don Juan Yap and Doña Maria Florido with their 3 children. In 2008, the great great grandson of the eldest daughter turned it into a museum filled with a mass of antiquities, ancient artworks, religious icons, and Cebuano-made native furniture. 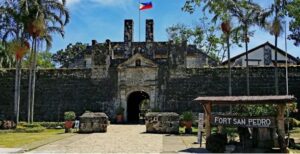 Fort San Pedro, at A. Pigafetta Street, Cebu City, is the oldest and smallest fort in the Philippines and is one of the city’s pride. Lying in Plaza Independencia in the pier area of Cebu, the fort holds a rich history of the island and the historical events during the Spanish rule. 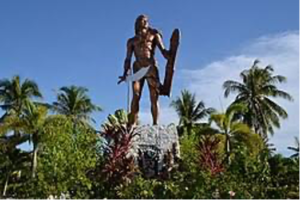 Mactan Shrine : Mactan is the improbable site of one of the defining moments in the Philippines’ history. It was here on 27 April 1521 that Ferdinand Magellan was fatally wounded at the hands of Chief Lapu-Lapu. The event is commemorated at the Mactan Shrine on a stone plinth bearing the date that Magellan was felled. 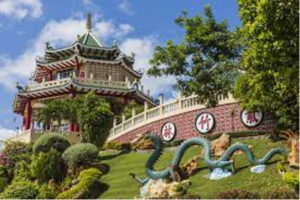 Cebu Taoist Temple – is a famous religious site built in 1972 by the hill in Cebu City. Whie it is not a tourist destination, it became popular due to its peculiar structure and artistic appeal even to non-believers of this religion. 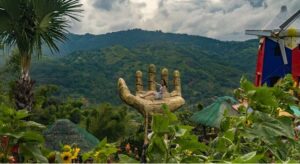 Be part of many of Sirao’s instagrammable corners. 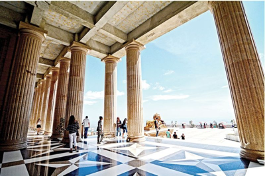 Be transported to Europe at the Temple of Leah. (Photo by Sunstar) 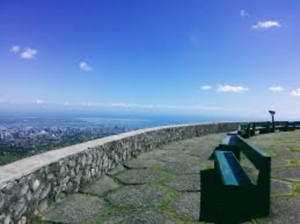 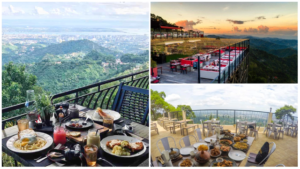 Experience the French vibe – from wining to dining at La Vie in the Sky. (photos by Sugbo,ph)